Commercial Space Clean-Up Service Could be Ready in 2024

Japan-headquartered space services company Astroscale, which recently launched its ELSA-d space debris removal demonstrator, might be ready to start cleaning up the mess in Earth’s orbit by 2024.

The company, which has offices in the U.K., U.S., Israel and Singapore, has signed a $3.5 million deal with would-be megaconstellation operator OneWeb to work together on advancing debris-removal technology. OneWeb currently operates over 180 satellites in a constellation meant to reach about 650 satellites, but has asked the U.S. Federal Communications Commission (FCC) to approve over 6,300 satellites in its “Phase Two” strategy. OneWeb is partially owned by the British government.

Plans of companies such as OneWeb, SpaceX and Amazon to launch constellations of thousands of satellites cause serious concerns in the global space flight community as the already cluttered orbital environment is at risk of becoming overcrowded. Satellite operators already report a growing number of situations when two satellites come close to colliding. OneWeb’s cooperation with Astroscale might help attenuate some of the concerns.

“This partnership with OneWeb demonstrates their commitment to space sustainability and is the next step towards maturing our technologies to develop a full-service debris removal offering by 2024,” John Auburn, managing director of Astroscale U.K. and group chief commercial officer said in a statement.

The new service targets constellation operators and is called ELSA-M. The program would enable the removal of multiple retired satellites in a single mission, thus reducing cost for the client, the company said in the statement. The orbital junk collector would push each satellite into the atmosphere to burn up, then return for the next defunct piece.

“This funding will help us evolve key rendezvous and proximity operations technologies and capabilities beyond ELSA-d towards an end-of-life servicing offering for a range of constellation customers,” Jason Forshaw, Astroscale’s head of future business, Europe, said in the statement. “In parallel to this project, we’re developing our next generation docking plate (DP), which is fitted to clients before launch, and is designed to enable a servicer to grapple the client. We are encouraging constellation customers to fit DPs to future-proof their satellites in case of need for removal due to failure, or at end of life, or to provide future in-orbit servicing.”

Astroscale’s ELSA-d demonstration mission, currently in low Earth orbit, will carry out a series of rendezvous and close proximity debris capture and release manoeuvres this summer. The results of the test campaign will inform further work on the ELSA-M program, Astroscale said. 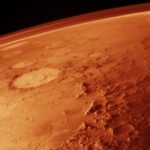 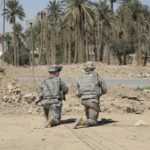