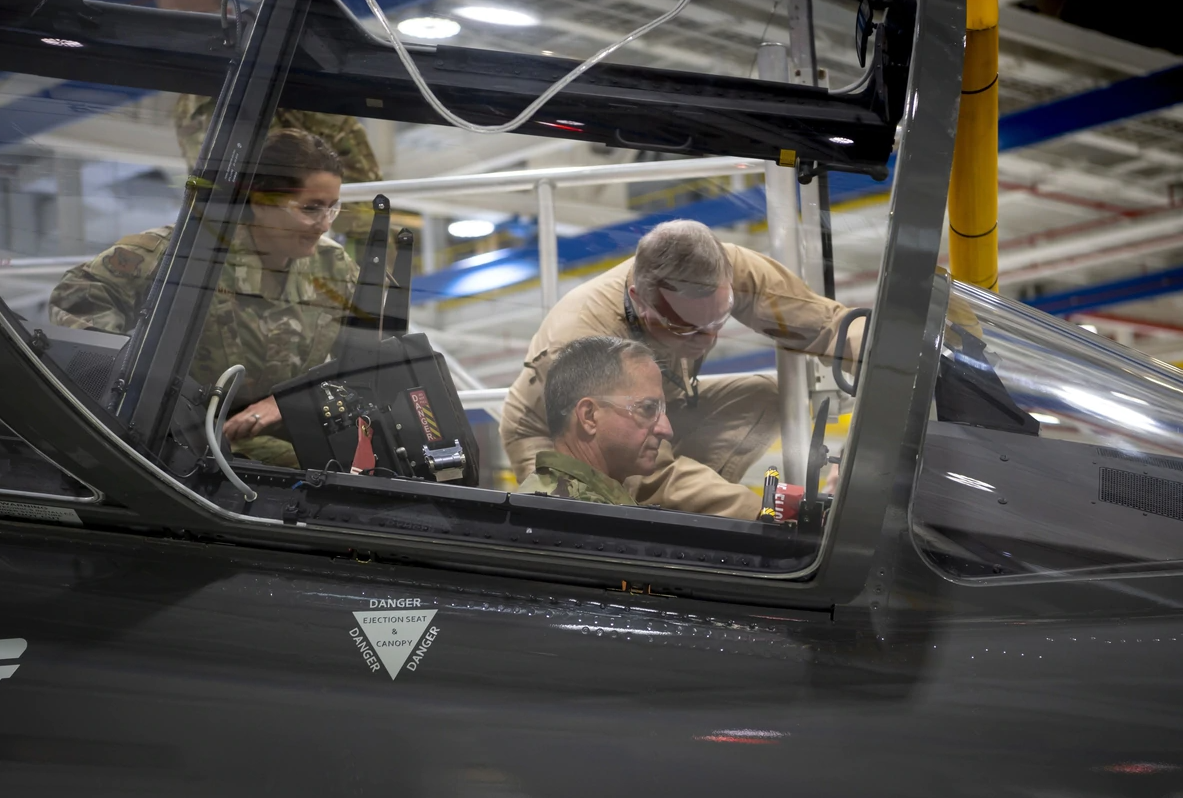 The U.S. Air Force has secretly designed, built, and flown at least one prototype of its enigmatic next-generation fighter jet, the service’s top acquisition official confirmed on Sept. 14.

The development is certain to shock the defense community, which last saw the first flight of an experimental fighter during the battle for the Joint Strike Fighter contract 20 years ago. With the Air Force’s future fighter program still in its infancy, the rollout and successful first flight of a demonstrator was not expected for years.

“We’ve already built and flown a full-scale flight demonstrator in the real world, and we broke records in doing it,” Will Roper told Defense News in an exclusive interview ahead of the Air Force Association’s Air, Space and Cyber Conference. “We are ready to go and build the next-generation aircraft in a way that has never happened before.”

Almost every detail about the aircraft itself will remain a mystery due to the classification of the Next Generation Air Dominance program, the Air Force’s effort for fielding a family of connected air warfare systems that could include fighters, drones and other networked platforms in space or the cyber realm.

Roper declined to comment on how many prototype aircraft have been flown or which defense contractors manufactured them. He wouldn’t say when or where the first flight occurred. And he refused to divulge any aspect of the aircraft’s design — its mission, whether it was uncrewed or optionally crewed, whether it could fly at hypersonic speeds or if it has stealth characteristics.

Those attributes, he said, are beside the point.

The importance, Roper said, is that just a year after the service completed an analysis of alternatives, the Air Force has proven it can use cutting-edge advanced manufacturing techniques to build and test a virtual version of its next fighter — and then move to constructing a full-scale prototype and flying it with mission systems onboard.

“This is not just something that you can apply to things that are simple systems” like Boeing’s T-7 Red Hawk trainer jet, the first Air Force aircraft to be built using the “holy trinity” of digital engineering, agile software development and open architecture, Roper said. “We’re going after the most complicated systems that have ever been built, and checked all the boxes with this digital technology. In fact, [we’ve] not just checked the boxes, [we’ve] demonstrated something that’s truly magical.”

Now, the Next Generation Air Dominance program, or NGAD, sits at a decision point. Roper declined to say how quickly the Air Force could move its next-gen fighter into production, except to say “pretty fast.” But before the service decides to begin producing a new generation of fighters, it must determine how many aircraft it will commit to buy and when it wants to start purchasing them — all choices that could influence the fiscal 2022 budget.

The program itself has the potential to radically shake up the defense industry. Should the Air Force move to buy NGAD in the near term, it will be adding a challenger to the F-35 and F-15EX programs, potentially putting those programs at risk.

And because the advanced manufacturing techniques that are critical for building NGAD were pioneered by the commercial sector, the program could open the door for new prime contractors for the aircraft to emerge — and perhaps give SpaceX founder Elon Musk a shot at designing an F-35 competitor.

The disclosure of a flying full-scale fighter prototype could be just what the Air Force needs to garner more financial support from Congress during a critical time where the service is facing budget constraints and needs to gain momentum, said Mackenzie Eaglen, a defense budget analyst with the American Enterprise Institute.

“If you can quickly get to something and show progress through product, it just changes the whole dynamic for the Hill,” she said. “[Roper has] got so many headwinds, it seems this would be a likely avenue to show conceptual success for his ideas.”

Flying a prototype of its future fighter was the easy part. Now the Air Force must choose whether to commit to a radical method of buying it.

Over the last 50 years, the U.S. industrial base has dwindled from 10 manufacturers capable of building an advanced fighter to only three defense companies: Lockheed Martin, Boeing and Northrop Grumman. The time it takes the Air Force to move a new fighter from research and development to full-rate production has stretched from a matter of years to multiple decades.

The result is that every fighter program becomes existential for companies, who fight to prove that they can meet technical requirements during the development and production phase at a lower cost than their competitors. The companies are finally able to turn a profit during the later years of a program, when they become locked in as sustainment providers with the technical knowledge necessary for upgrading, repairing and extending the life of their product — often with little congressional interest or scrutiny.

For the Air Force, the turning point is when an aircraft hits 15 years old. At that age, maintenance costs compound rapidly, growing another 3-7 percent every year, Roper wrote in a Sept. 15 document titled “Take the Red Pill: The New Digital Acquisition Reality.”

But what if instead of spending significant funds on sustaining old jets, the Air Force used that money to buy new ones?

Instead of buying a large quantity of a single fighter over decades and retaining each plane for 30 years or more — as is currently the norm — the “Digital Century Series” model, proposed by Roper, posits that advanced manufacturing and software development techniques make it possible for the Air Force to rapidly develop and buy aircraft more frequently, much as the service did during the 1950s when it bought six fighters from six companies just years apart from each other during the original Century Series.

In August, Air Force’s advanced aircraft program office completed a business case analysis of the Digital Century Series model meant to validate whether the idea was technically feasible and, more importantly, whether it could save money.

Leaders found that by applying digital manufacturing and development practices — as used by the T-7 program, as well as in the development of the NGAD prototype — it could drop the total life cycle cost of a next-gen fighter by 10 percent over 30 years compared to legacy fighters like the F-35 and F-15, Roper wrote.

Before the Air Force decides to begin producing a new generation of fighters, it must determine how many aircraft it will commit to buy and when it wants to start purchasing them — all choices that could influence the fiscal 2022 budget. (Mandel Ngan/AFP via Getty Images)

But for the same price as a single variant of a digitally manufactured fighter produced with a 30-year life cycle, the Air Force could buy a new fighter every eight years and replace them after 16 years — before the plane reaches the 3,500 flight-hour mark here it starts needing heavy overhauls and expensive modifications to extend its service life.

“I don’t think it’s smart thinking to build one and only one aircraft that has to be dominant for all missions in all cases all the time,” he said. “Digital engineering allows us to build different kinds of airplanes, and if we’re really smart … we ensure smart commonality across the fleet — common support equipment, common cockpit configurations, common interfaces, common architecture, even common components like a landing gear — that simplify the sustainment and maintenance in the field.”

The main difference is that the Air Force would flip from spending the majority of fighter program costs up front instead of at the end of the aircraft’s life. To continuously design new fighter jets, the service would keep multiple vendors constantly under contract for the development of new planes, choosing a new design about every eight years. To make a business case that is profitable for the industry, it would then buy batches of about 50-80 aircraft every year.

“I can’t make both ends of the life cycle go away; the industry has to make a profit somewhere,” Roper said. “And I’m arguing in the paper that if you get to choose what color of money you use for future air superiority, make it research, development and production because it’s the sharp point of the spear, not the geriatric side that consumes so much of our resources today.”

There is also a strategic benefit to continuous fighter production and development, Roper said. It puts China on the defense, having to respond to U.S. technical advances as new capabilities — whether they’re hypersonic missiles or drone wingmen — are matured and spiraled into the fighter’s production.

“This speeds up the pace at which we can do things so that we can be the disrupter instead of the disrupted, but it does so in a way that can’t be undermined by throwing cheap labor at the problem,” he said.

The next step is for Air Force leadership to decide how much it can afford for the program in FY22 and whether it will adopt the Digital Century Series model for developing the aircraft.

“What we need to do going forward is simply understand the [Department of the Air Force’s] level of financial commitment and the date they want us to charge towards for initial operations, and we can fit the acquisition strategy for [NGAD] to it, and explain how quickly we can afford to spiral and when we need to retire the aircraft to generate enough savings to afford those spirals,” he said. “Perhaps getting to the fastest [initial fielding date] may not be the most important thing. It may be important for us to push the [technical] boundaries more. Those are decisions that I’ve given for leadership to think about. But every decision I’ve given them is a better decision over the legacy ones.”

If the Air Force is going to get financial support for a business plan that requires taxpayers to pay a higher upfront cost for fighter aircraft, it must clearly identify desired combat capabilities, said Rebecca Grant, an aerospace analyst with IRIS Independent Research.

“Now we have the F-35, F-15EX and the Digital Century Series’ small batch costs,” she said. “If it’s that great, maybe it’s worth the upfront cost. I could argue that, for sure. Is this the new F-117, which was similar batch size at similar cost and worth every penny? We just don’t know.”

On the technical side, the Air Force needs to solidify a rigorous, standardized method of conducting test activities in a virtual environment using modeling and simulation tools that can cut down the amount of time needed for live flight tests. It also needs industry to buy in to coding via a government-owned computing environment, Roper said.

And — perhaps most critically — the Air Force will have to sell the concept to Congress. Roper has briefed staff members on the defense committees, and he held classified sessions with many of the lawmakers who sit on those panels to present findings of the business case study as well as the detailed progress of NGAD development and test activities.

“I had some tough audiences on this. I’ve had people that I’ve been told want to cut the program or they don’t understand why we need it,” he acknowledged. “But I have not left a single one of those briefings with anything other than [lawmakers saying]: ‘This is the future, we ought to do it now. And why aren’t we going faster?’ And the answer [to] why we aren’t going faster is simply money. We can push the accelerator down more today because the digital technology allows it.” 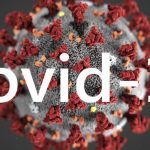 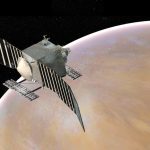 SpaceX to Launch 60 Starlink Satellites for Megaconstellation Tonight (June 3). Here’s How to Watch.