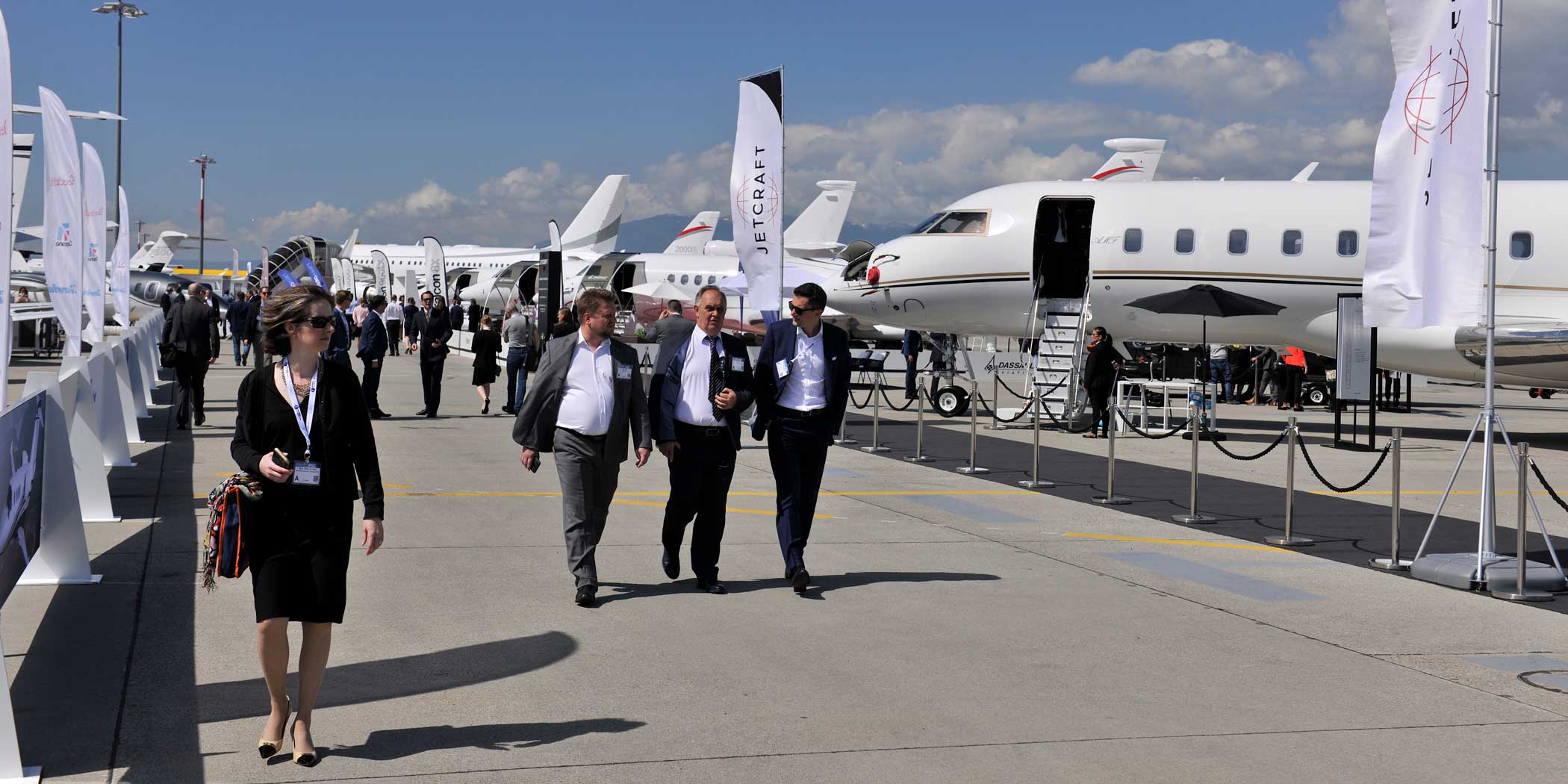 If there’s one thing for certain about the impact of the coronavirus outbreak on business aviation, it is that no two days will be the same and that the industry needs to stay braced for indefinite turbulence.

For those still doubting that Covid-19 is a global crisis, the World Health Organization’s official confirmation of its pandemic status on March 12 took public and industry concern to another level. And so too has the tightening of travel restrictions worldwide, with Italy now under complete lockdown and a ban on travelers entering the U.S. from 26 European countries (with a combined population of 400 million people) taking effect at midnight ET tonight.

With the airline industry facing what some might consider an existential crisis, can business aviation maintain any sort of quarantine against the dire consequences of the dramatic dip in global travel?

According to data analyst WingX, the European travel ban will prevent around 500 transatlantic flights from happening over the next month. The Germany-based company said it remains to be seen whether some flights will be able to go ahead by departing from UK airports, as the Trump Administration has yet to confirm how it will police the requirement for travelers not to have been in one of the excluded European states within the past 14 days.

Just over 12 hours before the U.S. ban on European travelers was due to begin, WingX reported that business aviation flights out of London were more than 40 percent up on the same day in 2019. The UK is exempt from the ban and traffic in and out of its capital city were shown to be 5 percent up on a month-to-date basis versus last year.

The most current forward-looking data on flight requests from charter marketplace Avinode appeared to give some grounds for believing the mantra that the outbreak presents an opportunity for business aviation. The data, tracking requests for trips over the seven days from March 11, also revealed how quickly, and somewhat unpredictably, the demand side of the equation can shift in a crisis like the one now gripping the world.

“Globally, we are seeing an increase in demand for intercontinental travel,” said Harry Clarke, Avinode’s head of insights and analytics. “For trips of duration greater than three hours, demand is up over 100 percent for the next week, compared to the equivalent period last year.”

But that doesn’t mean it will stay that way, or even that all of these flight requests will result in revenue trips. Avinode saw significant increases in requests for flights departing China up until the end of February, but now “this activity has largely returned to the same level as in 2019.”

Similarly, explained Clarke: “For Italy, the story has now changed. For the upcoming week, demand for trips from northern Italy is down 33 percent compared with the equivalent period last year. After an initial surge in demand, the country-wide lockdown is causing flight requests to fall.” He added that demand for trips within, to, and from the Middle East is up 46 percent.

Private jet membership program Magellan Jets said that despite President Trump’s unilateral ban on most European travelers, they have seen fresh demand, including from travelers who previously depended entirely on commercial airline service. “Just today, we have arranged several complex trips from the UK to the northeast of the U.S., which speaks to the trust clients place in us during times of uncertainty,” CEO Joshua Hebert told AIN. “We anticipate that transcontinental requests such as this will continue to rise. Additionally, since commercial airlines are suspending their routes and operations, we are inevitably going to see a spike in requests for Northeast to Southeast [U.S.] travel, which has historically been one of our most popular routes.”

Boston-based Magellan said it has established a “Covid-19 taskforce” to ensure the safety of passengers. It predicts further increases in demand for both domestic U.S. flights and trips to Latin America and the Caribbean over the next few months.

However, after some initial anticipation that the epidemic might represent an uptick in opportunity for business aviation, many veterans seemed to be adopting a more cautious outlook by the end of the second week of March. “We anticipate that Covid-19 will, on net, have a negative impact on the demand for business aircraft travel in the near term,” said Adam Cowburn, the Hong Kong-based managing director of international consultancy Alton Aviation.

“As a result of public health authorities globally encouraging social distancing measures to reduce the virus spread, people are now avoiding exactly the types of activities that create the underlying demand for business aircraft travel in the first instance: face-to-face meetings, large-scale events, leisure travel, etcetera,” he added. “The impact won’t likely be reflected yet in January and February statistics, but we expect to see a meaningful impact starting in statistics from March.”

Cowburn commented that the once highly-anticipated explosion in demand for business aviation in China had already been diminishing before the coronavirus started spreading from the country’s Hubei province in December. He cited factors such as slowing economic growth due in part to China’s trade war with the U.S. and conflicted socio-political optics associated with private aviation.

Overall business aviation traffic volumes during February showed a somewhat mixed picture, reflecting the shifting impact of Covid-19. The 57,227 flights recorded in WingX’s monthly Business Aviation Monitor represented a year-on-year decline of just 0.8 percent. The decline for the month eroded earlier gains from January, but still left totals for the first two months of this year 1.7 percent ahead of 2019.

However, adjusting comparisons to take account of the additional day in this Leap Year, meant that February’s dip was actually more than 3 percent down. The first week of March saw a 6 percent dip in overall traffic volumes.

During the first week of March, Italy experienced a 40 percent reduction in flights. In February, German flight activity dipped by 13 percent.

“February trends were disappointing, coming off a strong January 2020 performance, but the effects of Covid-19 are already evident, with business jet arrivals from China down 30 percent year-on-year and Germany’s market seeing the largest impact of the virus crisis in Asia,” commented WingX managing director Richard Koe. “Overall the business jet charter market seems to have done quite well. But looking ahead, we can already see the escalating negative effect of virus containment measures in Europe, with the potential repercussions for a significant economic relapse in the region over the next few months, bound to depress business jet activity further.”

California-based charter operator Schubach Aviation reported reductions in bookings for international flights to Europe (down by around 40 percent) and Asia. Conversely, it said it had seen a “noticeable” increase in demand for domestic flights in late February, which was before the impact of the epidemic had been widely acknowledged in the U.S. Bookings for trips to Canada and Mexico were shown to be down by around 20 percent.

Schubach Aviation president Kimberly Herrell told AIN that the biggest increases for personal trips to rural locations and ski destinations such as Montana and Wyoming. “Flying private to these destinations really reduces exposure to large groups of people,” she commented. “We’ve experienced a growing number of cancellations and postponement for business travel, as more trade shows and conventions are being canceled.”

According to Herrell, concern over health risks has prompted some travelers to try private charter for the first time. She said that the company now has a policy for pilots not to shake hands with customers and to have plenty of hand sanitizer on board aircraft.

In Europe, Austria-based GlobeAir reported that private jet companies have “registered a remarkable spike in bookings.” CEO Bernhard Fragner reported a 27 percent year-on-year increase in bookings in the past three weeks.

GlobeAir claimed that business aviation is significantly safer for travelers compared with airline flights. “Against the approximately 700 touchpoints that expose passengers to the risk of contagion on every single commercial flight, with only 20 touchpoints,” said the company, without explaining how it defined the various touchpoints.

MySky, which provides financial management tools for aircraft owners and operators reported rising demand for private aviation as companies and individuals become more dependent on alternatives to rapidly dwindling scheduled airlines services. “In the past few days and weeks, we have seen a dramatic increase in the demand for private jets, fueled by uncertainty, sanitary, and safety precautions,” said founder Christopher Marich. “This demand is largely thanks to individuals looking to protect their families and colleagues but must fly to or from critical meetings.”

According to Marich, the economic case for private aircraft ownership and usage will sustain them through the current crisis. “In the private jet sector, we are used to low usage of an aircraft. For example, a jet flies 20 to 80 hours per month, while a commercial aircraft flies 200 to 250 hours per month,” he explained. “For this reason, coronavirus should have less of an impact on private aviation. Additionally, most of the aircraft in the private jet sector are non-core assets, which means they are not bought for profit. Consequentially, a drop in flying should not have a detrimental impact on the industry.”

MySky supports 200 clients with fleet sizes between 1 and 65 aircraft. It reported that last week flight activity among this combined fleet was 100 percent than in the same period in 2019, adding that much of this was associated with people needing to cross the Atlantic Ocean ahead of the travel restrictions that have now been introduced.

However, Marich acknowledged that as conditions worsen, companies may reduce business travel and may look to rationalise their flight operations. “Since jets are not liquid assets, corporations will not be able to just get rid of them.”

Social media discussions of the fallout from Covid-19 have been very revealing about what business aircraft pilots are seeing in the industry’s frontlines. And their experience and perception are far from uniform, with some expressing grave anxiety, while others acknowledge what they see as this cloud’s silver lining.

Some flight crew with Part 91 operations talked of trips being canceled by companies that have restricted business travel for executives or stopped flying for other reasons, such as concern over how the use of private jets might be perceived when companies are laying off other employees. But others said that their bosses now depend on this mode of transportation even more and that trip requests are increasing.

One pilot said that his corporate flight department has been “busier than ever” because charter operators had declined trips on the grounds that they were restricted from flying to some locations. Another cautioned against indulging in the “corona blues” while advocating industrial-scale stockpiling of disinfectant wipes. 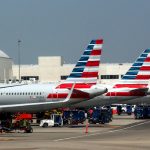 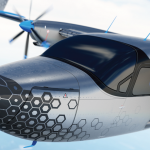