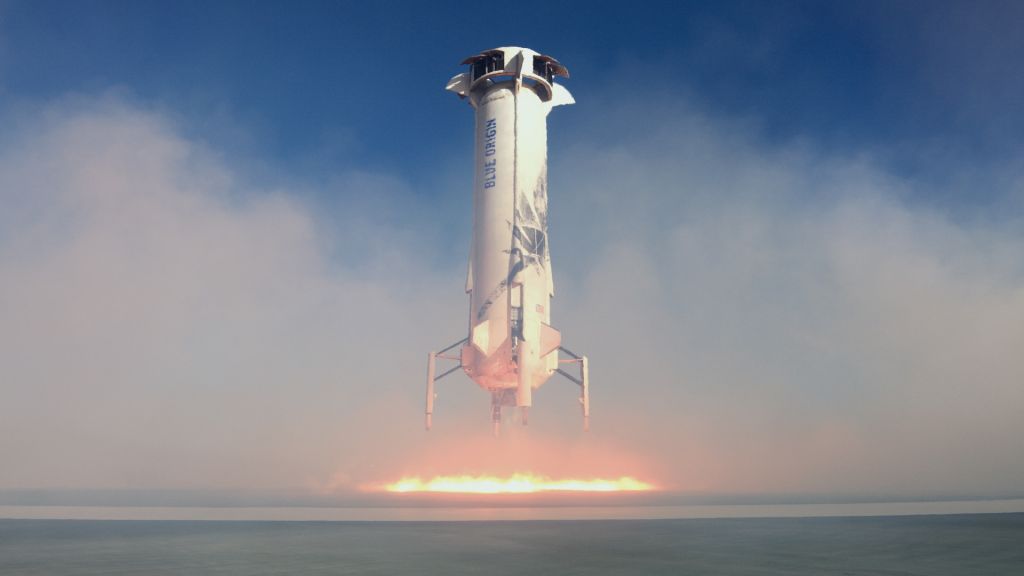 The company, which was founded in 2001 by Amazon.com’s Jeff Bezos, had been hoping to start launching people to space aboard its suborbital New Shepard vehicle before the end of 2019. But the chances of meeting that target are low at this point, Blue Origin CEO Bob Smith said.

“Is it likely? Probably not, because 2019 is rapidly coming to a close,” Smith said Wednesday (Oct. 2) at Disrupt SF 2019, a conference in San Francisco organized by the website TechCrunch.

“If those flights go really well, then we may be able to actually get people up relatively soon,” Smith said. “If not, we’re just going to methodically go through that and make sure that we’re only going to fly when we’re safe.”

You can watch the discussion between Smith and Etherington via TechCrunch’s YouTube channel. The 20-minute conversation starts around the 14:30 mark.

New Shepard consists of a rocket and a six-seat capsule, both of which are reusable. The capsule comes down under parachute, and the rocket returns to Earth for a propulsive vertical landing, much like the first stage of SpaceX’s Falcon 9 orbital rocket.

New Shepard vehicles have launched on test missions 11 times. These flights all featured successful landings, except the very first one, in April 2015, when the booster crashed during its touchdown attempt.

It’s been five months since the most recent New Shepard flight, a May 2 mission that lofted more than three dozen research payloads, including nine experiments for NASA.

“Honestly, we’re in the position where we’ve actually tapped the brakes a little bit,” Smith said. “When you go into a safety-critical environment, getting functional readiness is different from verifying something. And so, verifying that you actually have something that’s safe and ready to go is where we are. We’re just going through all of our systems and making sure that we actually have all those systems right.”

Etherington also asked Smith about New Shepard ticket prices. Blue Origin has not disclosed these numbers yet, but Smith acknowledged that seats will be pricey.

“It’ll be actually in the hundreds of thousands of dollars for people to go, initially,” Smith said. “But we’re going to get this down to the point where middle-class people can actually use it.”

That cost range lines up with the price charged by Blue Origin’s biggest competitor in the suborbital space-tourism market, Virgin Galactic. Seats aboard Virgin’s six-passenger SpaceShipTwo vehicle currently go for $250,000, and more than 600 people have put down deposits to reserve one, Virgin representatives have said.

Like Blue Origin, Virgin Galactic hopes to bring the ticket prices down substantially over time.

The latest SpaceShipTwo, known as VSS Unity, has reached suborbital space on its two most recent test flights, in December 2018 and February of this year. VSS Unity is a piloted vehicle, so crewmembers were aboard on both of those jaunts. And the February 2019 mission also toted Virgin Galactic’s chief astronaut instructor, Beth Moses.

It’s unclear when Virgin Galactic will start operational flights, but that milestone appears imminent. The company recently showed off its new “Gateway to Space” building at New Mexico’s Spaceport America, and VSS Unity will head to the site soon, after getting its interior touched up at Virgin’s manufacturing facility in Southern California. 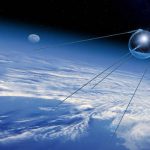 On This Day in 1957, the Soviet Union Officially Kicked... Previous
Top 20 Space Movies of All-Time - Part 1 Next 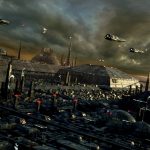