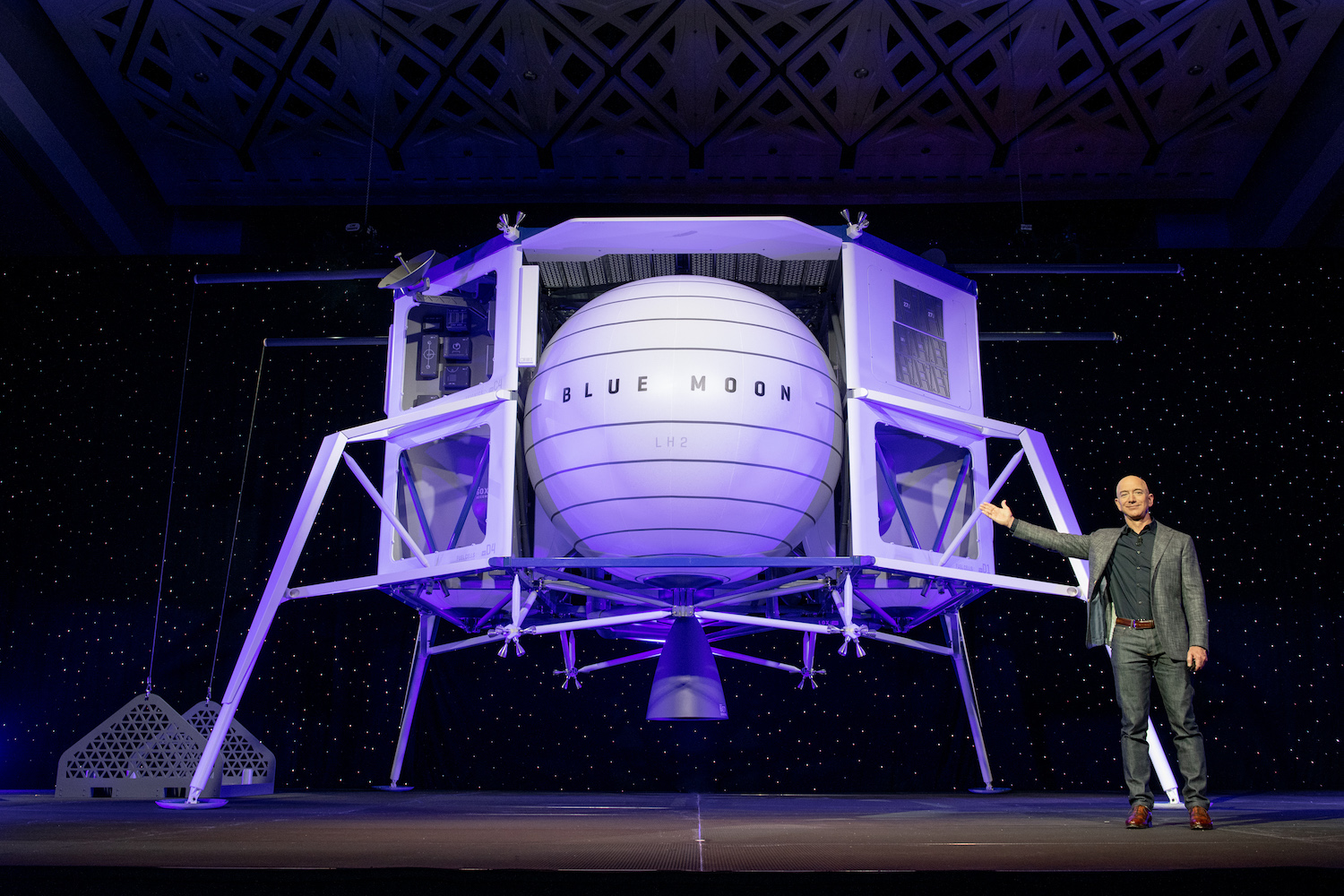 The U.S. companies Draper, Lockheed Martin and Northrop Grumman will join Blue Origin’s bid to build a crewed lunar lander for Artemis, NASA’s project to return astronauts to the moon by 2024, Bezos said.

“We could not ask for better partners,” Bezos told a crowd here at the 70th International Astronautical Congress. “This is a national team for a national priority.”

According to Bezos, Blue Origin will lead its lunar lander team and provide the Descent Element that will ultimately carry a crew to the moon’s surface. The descent stage will use the company’s new BE-7 engine and a design derived from the robotic Blue Moon lander Bezos unveiled earlier this year.

Lockheed Martin will build a reusable Ascent Element, which will house the astronauts and return them to lunar orbit once their surface work is complete. The company, which is also building NASA’s Orion crew capsule, will oversee Blue Origin crew flight operations and training.

Northrop Grumman will provide a Transfer Element for the lunar lander, bringing it near the moon before the lander separates to make the final descent. That company built NASA’s original Lunar Module for the Apollo program, Bezos reminded the crowd.

Draper, meanwhile, will design the guidance and navigation systems that will guide the lander to the moon.  It’s something Draper has done before for NASA’s Apollo program, but the process has evolved with new technologies.

“We guided Apollo to the moon and back nearly 50 years ago,” Draper President and CEO Kaigham Gabriel said in a statement. “We’re ready to do it again with the Blue Origin team for Artemis.”

In his remarks here, Bezos hailed Blue Origin’s partners as essential of NASA is going to fly astronauts to the moon in the next five years.

“This is the kind of thing that’s so ambitious, it needs to be done with partners,” Bezos said. “This is the only way to get back to the moon fast.”

In addition to Artemis moon lander partner announcement, Bezos offered a few clues on Blue Origin’s space plans in the months and years to come.

The company is testing its suborbital New Shepard spacecraft for space tourist flights, which could begin in 2020, and is also developing a massive reusable rocket, called New Glenn, that is scheduled to make its debut in two years.

“New Glenn will fly in 2021,” Bezos said. He did not mention a target for crewed flights on New Shepard.

Blue Origin is building its New Glenn rocket at the company’s factory in Cape Canaveral, Florida so it will be closer to its launch site at the nearby Cape Canaveral Air Force Station, Bezos said. It will have a payload fairing that will offer twice the volume than any other booster on the market and

Much of the advancements for New Glenn stem from Blue Origin’s experiences developing its New Shepard suborbital rocket and spacecraft. The company has launched 11 New Shepard missions since 2016, reusing its capsules multiple times. The most recent flight, called NS-11, launched (and landed) in May at Blue Origin’s West Texas proving grounds.

“Everything is better when you do a version two,” Bezos said. “New Glenn is version two.” 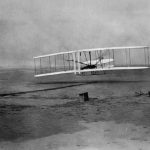