This Day in Aviation History: First Takeoff From an Aircraft Carrier 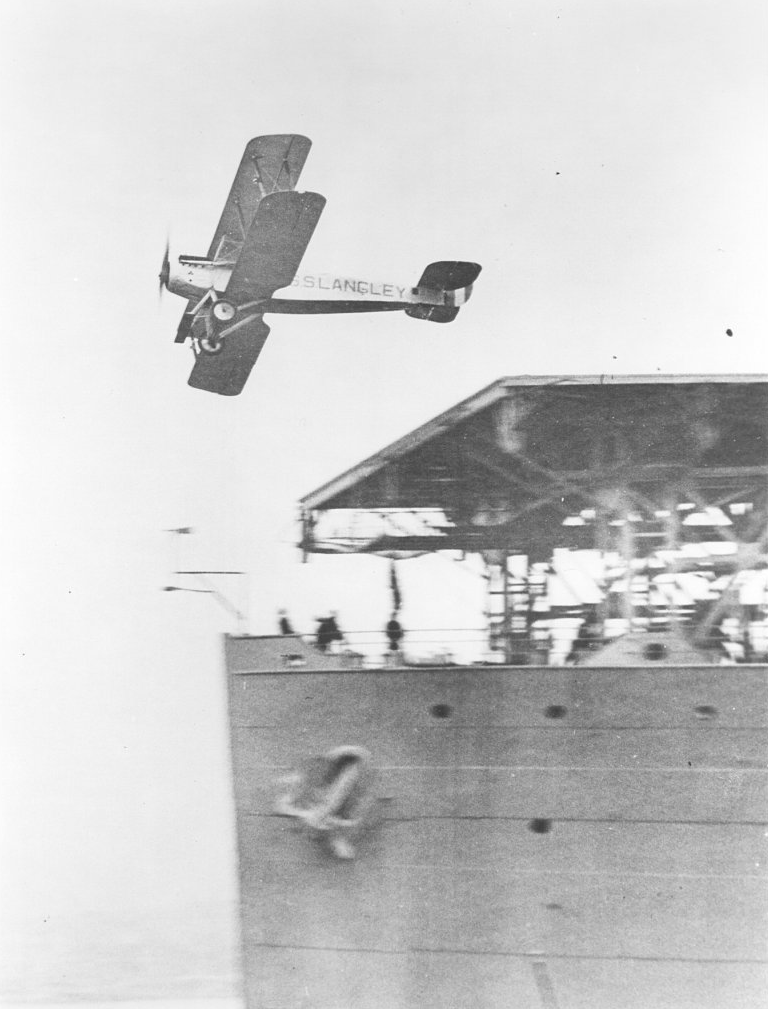 17 October 1922: Lieutenant Commander Virgil Childers (“Squash”) Griffin, Jr., United States Navy, made the first takeoff from an aircraft carrier of the U. S. Navy when he flew a Chance Vought Corporation VE-7 fighter from the deck of USS Langley (CV-1) while the ship was anchored in the York River along the west side of Chesapeake Bay, Maryland.

As the more modern aircraft carriers Lexington and Saratoga came in to service, Langley was once again converted, this time to a sea plane tender, and reclassified as AV-3, 21 April 1937.

USS Langley was badly damaged by Japanese dive bombers during the Battle of the Java Sea, 27 February 1942, having been struck by five bombs. The ship was scuttled approximately 75 miles south of Tjilatjap, Java, to prevent capture, when her escorting destroyers fired two torpedoes into her.

The Chance Vought VE-7 was originally ordered as a two-place trainer, but its performance and handling qualities were so good that it was widely used as a fighter. The VE-7SF was a single-place, single-engine biplane built for the U.S. Navy.

The fighter was armed with two Vickers .30-caliber (7.62 mm) machine guns, synchronized to fire forward through the propeller arc.

“We were operating just north of the Tongue of the Shoe, seaward of the main channel from Norfolk, Va. A trough about 6 feet long, set up on sawhorses was rigged at the aft end of the flight deck. When the tail skid of the VE-7 used in the test was placed in the trough, she was in the flight attitude.

“We had no brakes, so the plane was held down on the deck by a wire with a bomb release at the end. This was attached to a ring in the landing gear. ‘Squash’ Griffin climbed in, turned up the Hispano Suiza engine to its full 180 hp and gave the “go” signal. The bomb release was snapped and the Vought rolled down the deck. Almost before it reached the deck-center elevator it was airborne. Thus, the first takeoff from a U.S. carrier.”

Griffin was admitted as a midshipman at the United States Naval Academy, Annapolis, Maryland, 25 June 1908, a member of the Class of 1912. Four years later he graduated. Virgil C. Griffin, Jr., was commissioned an ensign, United States Navy, 8 June 1912, with a date of precedence 28 April 1908.

The United States entered World War I in April 1917. On 8 June 1917, Lieutenant (j.g.) Griffin was one of one hundred Naval Aviators who “arrived safely in France for any duty that may present itself. . . They are the first of the American fighting forces to reach France.” On 8 June 1918, Griffin was promoted to lieutenant (permanent rank). He was in command of the U.S. Navy sea plane base at Saint-Trojan, in southwestern France. Griffin was promoted to the rank of lieutenant commander (temporary), 21 September 1918 (Constructive date of precedence 28 February 1907).

On 29 December 1931, Griffin was promoted to commander. He was stationed at NAS Pearl Harbor, Territory of Hawaii, in 1932.

Commander Griffin once again returned to Langley, as the aircraft carrier’s executive officer, 1933–1934.

In 1937, Commander Griffin was commanding officer, NAS Anacostia, Washington D.C. He had additional duties in the Navy’s Bureau of Aeronautics.

In 1938 and 1939, Commander Griffin was chief of staff and aide to the Commander, Carrier Division TWO (ComCarDiv 2), aboard USS Yorktown.

Griffin was promoted to the rank captain, 1 November 1939. On 1 May 1940, Captain Griffin was placed in command of NAS Isle Grande, San Juan, Puerto Rico.

Captain Virgil Childers Griffin, Jr., retired from the United States Navy, 1 January 1947. He died at San Diego, California, 27 March 1957, at the age of 66 years. He was buried at the Fort Rosecrans National Cemetery. 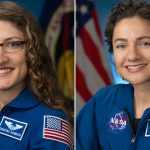 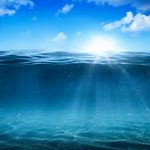 Naval Operations Chief Considers the Future of Aircraft Carrier Use