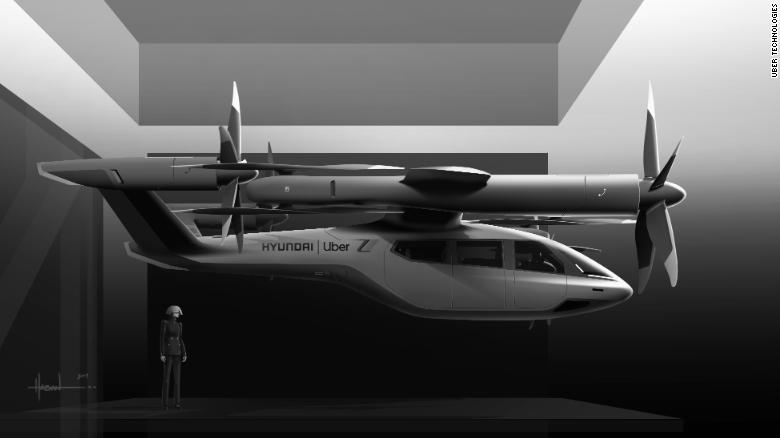 Korean carmaker Hyundai has revealed an all-electric vertical take-off and landing (eVTOL) aircraft it is developing for use by an Uber Air Taxi Service.

Uber aims to start flight tests of Uber Air aircraft in Dallas, Los Angeles and Dubai, and just announced Melbourne, by 2020 and is planning to commence commercial service of the first network in 2023.

Hyundai is the first carmaker to join Uber’s air taxi project, which so far has also seen aerospace companies including Bell, Boeing and Embraer submit and develop potential electric vertical take-off and landing (eVTOL) aircraft to serve as Uber air taxis in the future.

Hyundai’s S-A1 is designed for a cruising speed of up to 180mph (290 km/h)at an altitude of around 1,000-2,000ft (300 – 600m) above ground with a 60 mile (100 km) range. It uses distributed electric propulsion and will only require about five to seven minutes for recharging, said Hyundai. After taking off vertically, the aircraft will transition to wing-borne horizontal flight and then transition back to vertical flight to land.

The cabin is designed for four passengers and will be piloted with the aim of becoming autonomous “over time” said the car company.

The S-A1 concept is based on publicly-available reference models that Uber released several years ago to promote the development of eVTOLs for their service.

Under the partnership, Hyundai will produce and deploy the air vehicles while Uber provides airspace support services, connections to ground transportation, and customer interfaces through an aerial rideshare network.

Jaiwon Shin, executive vice president and Head of Hyundai’s urban air mobility (UAM) division said, “We expect UAM to vitalize urban communities and provide more quality time to people. We are confident that Uber is the right partner to make this innovative product readily available to as many customers as possible.”

“Hyundai is our first vehicle partner with experience of manufacturing passenger cars on a global scale. We believe Hyundai has the potential to build Uber Air vehicles at rates unseen in the current aerospace industry, producing high quality, reliable aircraft at high volumes to drive down passenger costs per trip. Combining Hyundai’s manufacturing muscle with Uber’s technology platform represents a giant leap forward for launching a vibrant air taxi network in the coming years,” said Eric Allison, head of Uber Elevate, the eVTOL part of the taxi company.

Uber is working toward giving riders the option to take shared VTOL (vertical takeoff and landing) aircraft as one leg of their journey, effortlessly riding between conveniently located Skyports, from ground to air to ground. 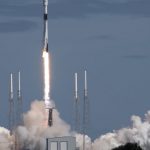 45th Space Wing to Conduct First Ever Launch Under the... Previous
Toyota is Building a Smart City - A Utopia to Test AI... Next 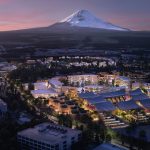 The U.S. Air Force Has Begun It’s Search for a ‘Flying Car’