What the 2010s Taught Us About Women in Space 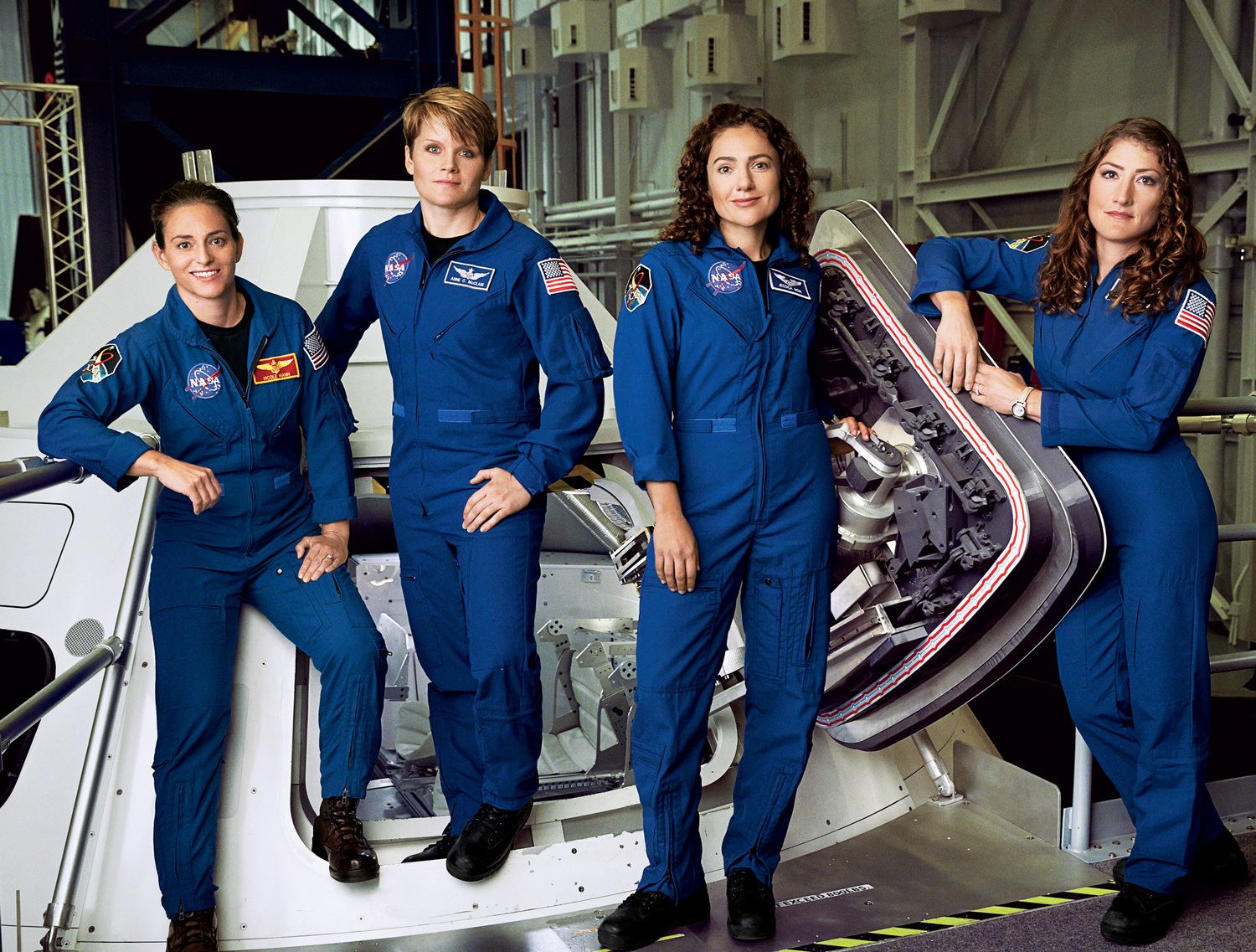 Astronauts Christina Koch and Jessica Meir captured the world’s attention with their historic all-woman spacewalk at the end of 2019. The 2020s kicked off with the duo repeating the feat a couple of days ago and another walk scheduled before the end of January.

If popular culture mirrors society, it is clear society craves more women in science, engineering, and space — not in skimpy skirts and silent roles, but as central characters that drive the story. Hidden Figures, a 2016 movie based on the book by the same name, told us the forgotten story of three African American women who helped launch John Glenn into orbit during America’s Jim Crow era.

Half a century later, their contributions finally got the recognition they deserve: the movie was nominated for three Oscar awards in 2017, the street in front of NASA’s headquarters in Washington was renamed Hidden Figures Way last summer, and Katherine Johnson, Dorothy Vaughan and Mary Jackson received Congressional Gold Medals last fall.

During the 2010s, the Hollywood blockbusters Interstellar, Gravity, and Arrival all featured women in leading roles as scientists and astronauts. For All Mankind, an Apple TV+ show that debuted last fall, and the Lady Astronaut book series imagine alternate historical timelines where women astronauts were on board from the start.

The real world has also moved away from the notion that women are unfit for spaceflight. The ratio of women among new astronaut trainees doubled from 20 percent in the 2000s (nine out of 46) to 47 percent in the 2010s (nine out of 19). Commercial astronaut instructor Beth Moses became the first woman on a commercial spaceflight aboard Virgin Galactic’s SpaceShipTwo last February. In October, NASA astronauts Meir and Koch replaced a broken battery charger outside of the International Space Station during the first all-woman spacewalk. Earlier this week to duo completed a second all-female spacewalk and a final one for the two will be conducted before the end of the month.

The progress NASA has made during the last decade has not been without hiccups. The first all-woman spacewalk was originally supposed to happen last March with Koch joined by Anne McClain instead of Meir. However, the all-female EVA was canceled due to a shortage of spacewalk suits in the needed size at the ISS. Only one medium-sized upper body torso was readily available on the ISS. McClain had worn a large torso on a previous spacewalk, but sizing up would have impacted McClain’s arms reach needed for the scheduled task. She decided to let her colleague, Nick Hague, take the large suit — and her place in the scheduled spacewalk. McClain returned to Earth last June.

In early 2018, Jeannette Epps was slated to become the first African American ISS crew member. However, she was removed from the mission for still unexplained reasons several months prior to the scheduled launch. Serena Aunon-Chancellor, who was originally scheduled for a later ISS rotation, took Epps’ place.

During the 2010s, NASA was often in the spotlight — either as a diversity pioneer or as a hindrance. Some were not too happy about this. Marsha Ivins, a retired astronaut who flew five space missions between 1990 and 2001, spoke against what she called “the obsession with gender-diverse space crews.” She argued that NASA had long since moved away from outright sexism or a complete inability to accommodate women (for example, by not knowing enough about female hygiene products). “We’ve been sending gender-diverse crews to space since 1983. We’ve had women do every job a man does in space,” she wrote in Time Magazine last summer.

Ivins is correct that women have had the same roles as men during spaceflights. Nevertheless, women are still highly underrepresented in space. There has been essentially no change in the gender ratio at the International Space Station in its nearly 20 years of continuous occupation: women comprised 12 percent of the International Space Station population over the course of the 2000s, and 11 percent in the 2010s. Even if women had the spotlight and the same roles as men, they remained a minority in orbit.

Astronauts are the face of the space program, but NASA has been doing diversity work behind the scenes as well. Senior officials publicly supported the U.S. Supreme Court’s 2015 ruling that legalized same-sex marriage. In 2014, NASA instituted guidelines to accommodate employees undergoing gender transition, and LGBTQ individuals have been included in their nondiscrimination policy since 2016.

NASA has been voted as the best place to work eight years in a row, and is leading other big federal employers in its support for diversity. However, it is still a relatively homogeneous workplace. The majority of NASA employees, as in all federal STEM jobs, are white (72 percent) and male (66 percent). Women and ethnic and racial minorities, except Asian Americans, are underrepresented at NASA in comparison to the general population; the biggest gaps are among women (34 percent at NASA vs 51 percent in the population) and Hispanic Americans (8 percent vs.16 percent). There is even less diversity at the top: 86 percent of senior employees are men, and 84 percent are white, while women and minorities are more likely to have lower-level administrative positions.

This lack of diversity, especially among leadership, leads to decisions that are more likely to reflect the lived experiences and perspectives of white men than of underrepresented populations. The spacesuit mishap that delayed the first all-women spacewalk is an example of this unintentional bias. Female astronauts are smaller on average, and thus more likely to use the medium-size torso unit, the smallest size that NASA currently offers. Male astronauts are more likely to use bigger sizes; the International Space Station had two large, but not two medium-size, torso units ready to go. NASA has already learned its lesson — the next generation of highly customizable spacesuits, able to accommodate anyone from “the first percentile female to the 99th percentile male,” will replace those designed with the average man in mind.

A need for a spacesuit that fits is just one example of how women are overlooked in an environment designed for men. In addition, the waste disposal system on the International Space Station is ill-suited to handle menstrual blood and waste; most astronauts opt for contraception to skip periods altogether. Ironically, the sample of female astronauts is too small for a robust clinical trial of hormonal contraception and its effects in a space environment.

Female and male bodies differ in many ways, and so does their physiological adaptation to radiation, microgravity, and other space perils. We know a lot about how space affects males, but not females. This is one of the areas where the space program should focus. The call to study sex differences in orbit might make progressive readers skeptical: we are still far from undoing the damages done by popular psychology’s claims that women and men differ in math or verbal skills. There is no direct link between gender and math skills, but this stereotype remains one of the challenges faced by women in STEM.

In the 2020s, NASA should build on the progress it has made on diversity and inclusion by redoubling efforts to understand its women astronauts and why men still outnumber them nine to one on ISS crew logs. More attention should be paid to how women respond to the rigors of spaceflight and experience the agency’s institutional culture.

Space systems designers should abandon one-size-fits-most approach, where females are seen as a deviation from the male standard. Physiological sex differences should instead be treated as important variables.

Simultaneously, NASA should listen to the experiences of women and minority employees, and work toward becoming truly inclusive, from its astronauts to its engineers and executives. Making space for everyone takes time, but it is worth the effort.

And it is about more than just fair representation: women might be better suited for a long-term spaceflight than men. Women are generally smaller and need fewer calories, they are socialized to be more interpersonal, and suffer less from some spaceflight effects. While flying all-women crews is unlikely — NASA briefly considered it in 1999 — having more women is certainly beneficial for the U.S. space program. 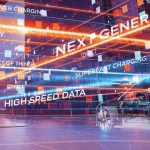 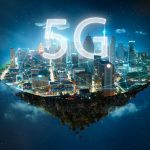