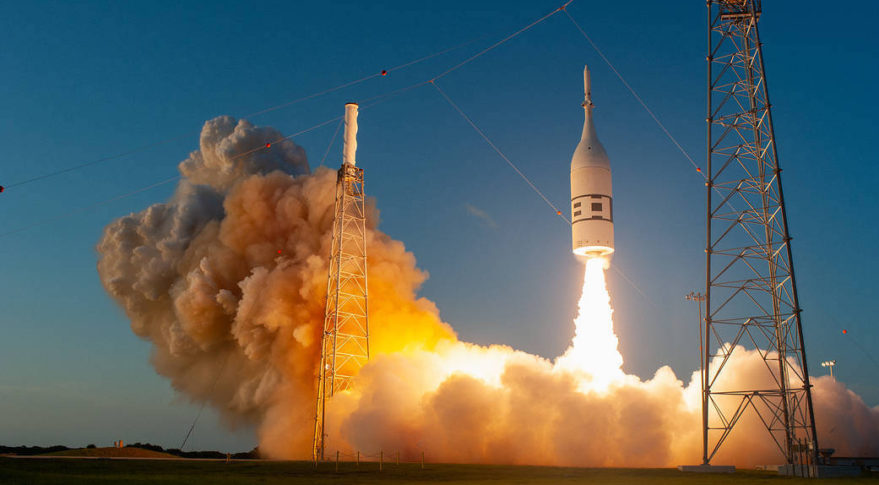 WASHINGTON — The small launch division of the Air Force Space and Missile Systems Center, based at Kirtland Air Force Base, New Mexico, is preparing to launch nine missions in 2020, more than doubling the number of launches conducted in 2019.

“It will be a busy year,” said Lt. Col. Ryan Rose, chief of the small launch and targets division, which is part of SMC’s Launch Enterprise Systems Directorate.

In an interview with SpaceNews Dec. 18, Rose revealed some details of seven of the nine launches planned for 2020. Two unidentified missions are still being negotiated.

A National Reconnaissance mission, NROL-129, is scheduled to fly sometime in the spring on a Northrop Grumman Minotaur 4 launch vehicle from Wallops Island, Virginia.

An Air Force Research Lab experimental payload will fly in the spring aboard a Rocket Lab Electron vehicle from the company’s new launch pad at Wallops Island. The STP-27RM Space Test Program mission is an experimental satellite called Monolith that will be used for space weather research.

VOX Space, the U.S. government-focused subsidiary of Virgin Orbit, will launch STP-27VP from the island of Guam, in the Western Pacific. Rose said this will be the Air Force’s first space launch from Guam. This was a contract awarded to VOX under the Rapid Agile Launch Initiative (RALI), a $25 million congressional add-on appropriated in 2017 and 2018 for the Space Test Program and the Defense Innovation Unit. The mission will fly on a LauncherOne rocket deployed from a Boeing 747.

Two additional launches funded under the RALI program in support of the Space Test Program are being planned for 2020 but Rose could not discuss details.

In mid to late 2020 there will be a rideshare launch of yet-to-be-determined Space Test Program satellites on a vehicle that has not yet been identified. Rose said this will be a prototype rideshare mission to help the Air Force figure out new approaches to integrate payloads on a single launch.

In the fall of 2020, Space Vector will launch a suborbital mission named Precise from Wallops Island. This is an AFRL mission to test the readiness of space flight components for future orbital flights.

Another NRO mission, NROL-111, will launch in late 2020 from Wallops Island aboard a Northrop Grumman Minotaur 1 vehicle.

Also planned for late 2020 is a Missile Defense Agency test over the Pacific Ocean to intercept a ballistic missile target. The Air Force refurbishes surplus intercontinental ballistic missile motors and certifies they are flight worthy for MDA tests. Rose said the Air Force has over 600 excess ICBM motors.

The Air Force small launch directorate’s projected activity for 2020 would far exceed that of 2019, when five missions were carried out: STP-2 aboard a SpaceX Falcon Heavy rocket, the Ascent Abort-2 flight test of the launch abort system for NASA’s Orion spacecraft from a modified Peacekeeper missile, STP-27RD aboard a Rocket Lab Electron vehicle, an MDA intercept flight test (FTT-23) of the Terminal High Altitude Area Defense system, and most recently a flight test of a prototype conventionally configured ground-launched ballistic missile in support of the Pentagon’s Strategic Capabilities Office.

Rose said the Air Force is reviewing bids and expects to award a contract in 2020 for STP-S28, the first mission of the Orbital Services Program-4. OSP-4 is a $986 million procurement of launch services over nine years. As many as 20 launches are planned under OSP-4.

Rose said the STP-S28 mission will be selected from the Space Experiments Review Board list. She said as many as 44 small satellites could be launching with that mission.

Congress in the defense appropriations bill for fiscal year 2020 added $19 million in a program line called “tactically responsive launch for venture class” vehicles. Rose said that funding will supplement the $11.5 million approved under the Rocket Systems Launch Program, which funds many of the small launch missions. The NRO funds its own missions.

The National Defense Authorization Act for Fiscal Year 2020 directs DoD to deliver to Congress a study by March 2020 for acquiring “tactical responsive launch” taking advantage of commercial vehicles and facilities.

“We’re responding to that,” Rose said. 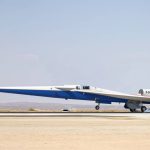 NASA’s X-59 Quiet Supersonic Research Aircraft Cleared... Previous
Stretched Airbus A220 Is Taking Off Sooner Than You Think Next 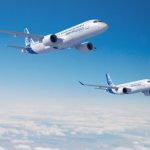 Meet the First Graduates of NASA for Artemis Program