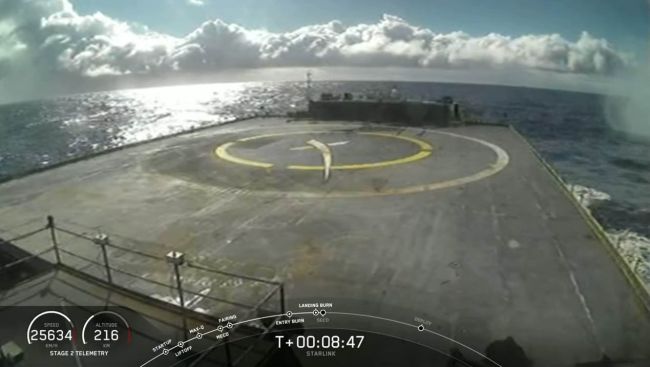 SpaceX successfully launched another batch of 60 Starlink satellites into orbit Monday (Feb. 17),  but missed a milestone rocket landing on what was the company’s fourth flight of the year.

The launch went off without a hitch following a 24-hour delay due to an issue with a valve component on the rocket’s second stage. It was a foggy morning on the space coast, but the fog cleared just before liftoff and the Falcon 9’s nine Merlin 1D engines lit up the morning sky as the rocket climbed towards orbit. 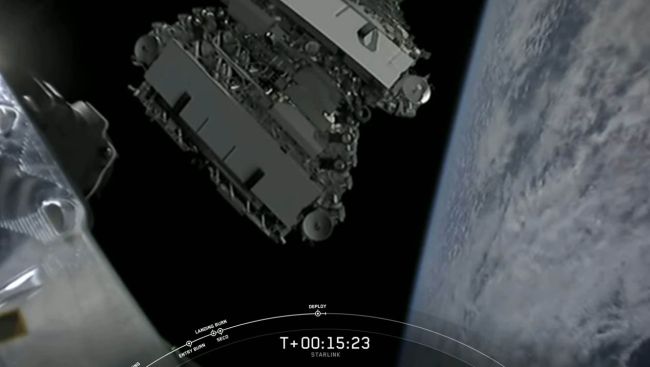 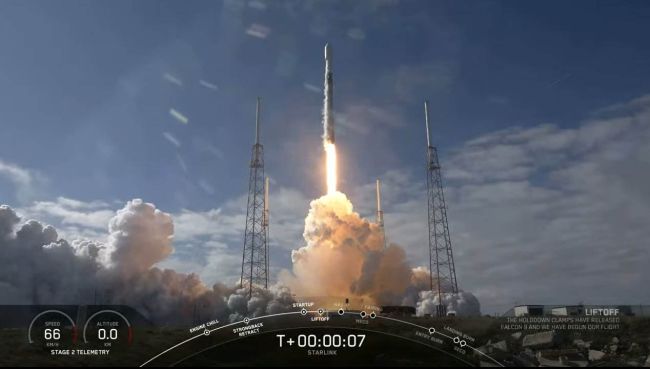 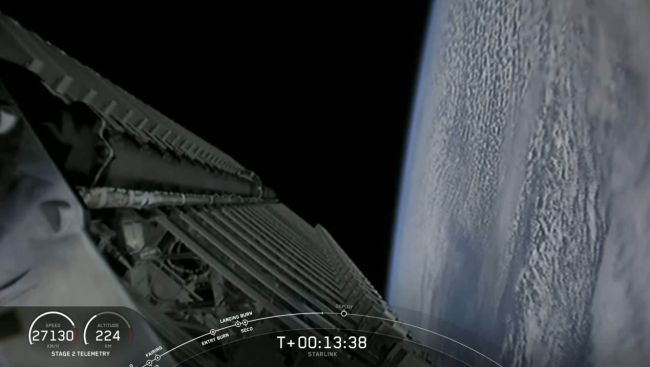 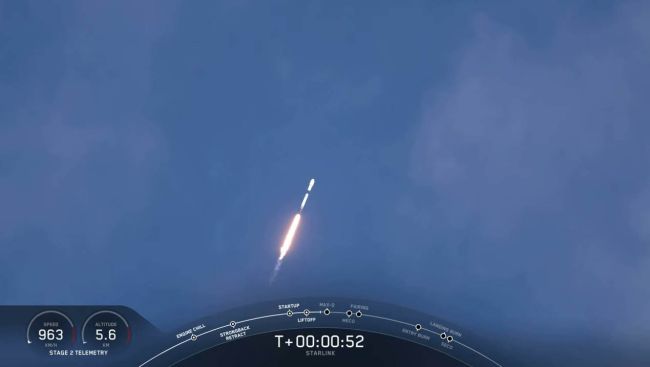 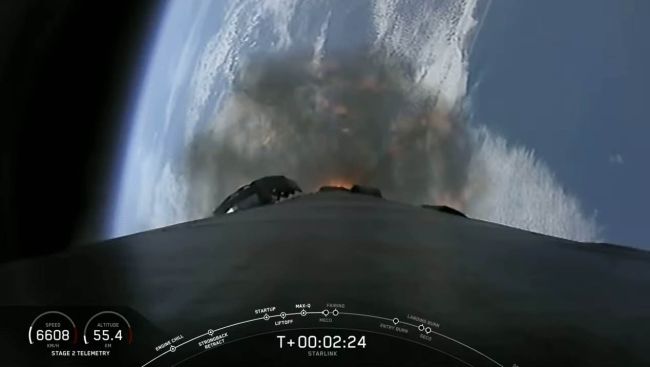 The satellites rode into space atop a veteran Falcon 9 first stage, marking the fourth time the company has flown a booster four times. The booster, dubbed B1056.4 by SpaceX, previously launched two commercial resupply missions (CRS-17 in May 2019 and CRS-18 that July) followed by the massive telecommunications satellite JCSAT-18/Kacific1 in December.

Following the successful launch, the rocket’s first stage failed to land on a SpaceX’s drone ship landing platform “Of Course I Still Love You” in the Atlantic Ocean. If successful, it would have marked a major milestone for the company: 50 booster recoveries. This Starlink mission was the 80th SpaceX launch, the company said.

“We clearly did not make the landing this time,” SpaceX Starlink engineer Lauren Lyons said.

The rocket did make a “soft landing” in the ocean next to the drone ship, and SpaceX is optimistic that it landed intact, SpaceX representatives said.

“The first stage made its way back to Earth. Unfortunately, we did not land the first stage on our drone ship,” Jessie Anderson, a SpaceX manufacturing engineer, said during live commentary. ” But it did make a soft landing on the water, right next to the drone ship, so it does look like it might be in one piece. “

The missed landing could be attributed to a change in orbit for the satellites. For this launch, the satellites were inserted into an elliptical orbit, which required the rocket to work harder and made the landing more challenging than normal.

Monday’s launch is part of the private spaceflight company’s continuing plan to create a massive constellation of small broadband satellites that will beam internet coverage down to the world below. With this launch, it brings SpaceX’s burgeoning constellation up to nearly 300, making it the largest in orbit.

SpaceX has said its Starlink network will initially comprise 1,584 satellites, all operating in low Earth orbit. But the company has approval from the Federal Communications Commission to operate 12,000 satellites and plans to seek permission for up to 30,000 more, totaling 42,000 spacecraft.

But SpaceX is not the only aerospace company with plans of connecting the globe. OneWeb aims to build a constellation of 650 satellites. It launched its first set of six satellites in 2019, and a second batch of 34 earlier this month; however, SpaceX has quickly amassed a sizable constellation due to its ability to launch its own rockets.

Elon Musk, SpaceX CEO and founder, has said the company will need at least 400 satellites in orbit to provide minimal coverage, and at least 800 to provide moderate coverage. With 300 now in orbit, that coverage could begin sometime this year. SpaceX previously mentioned it would test the service first in portions of the U.S. and Canada.

A look at the 60 Starlink satellites ready to fly on SpaceX’s Starlink-4 mission, the fifth 60-satellite launch for the constellation. (Image credit: SpaceX)

SpaceX’s Starlink project aims to provide constant high-speed internet access to users around the world, and at an affordable price. Currently, we rely on wireless cell towers or cables routed into our homes and offices to access the internet. As a result, rural and remote areas are often left without access or have to pay high prices for the service. SpaceX aims to change that.

Traditional satellite internet providers beam internet coverage down from their satellites perched high above the Earth, in what’s known as geostationary orbit (typically 22,000 miles up). Since the signal has to travel a long distance, it results in slow connections speeds — more akin to dial-up speeds of the past versus the high-speed connections we rely on today.

Musk says that by operating at a lower altitude, the Starlink satellites can reduce latency (or lag time), providing reliable coverage at an affordable price to more parts of the world.

SpaceX is also developing user terminals that will allow consumers to link with the Starlink network from home, work, or even on the go. Additionally, the company has a contract with the U.S. military to demonstrate how the Starlink network’s connectivity works aboard aircraft.

Officials have not yet announced a price figure or projected bandwidth figures for Starlink subscribers. But the company did reveal that it is toying with the idea of making Starlink a separate venture from SpaceX and potentially taking it public in the next few years.

Since SpaceX’s first 60-satellite Starlink launch, astronomers have voiced concerns that the satellites could interfere with crucial scientific observations.

After the first launch last year, skywatchers noted that the tiny satellites are incredibly bright — even more so than the average satellite. That observation made scientists nervous about how the Starlink constellation could interfere with their work. Radio astronomers also have concerns about the satellites and are planning for possible interference from Starlink’s radio-based antennas.

Last week, the International Astronomical Union released a new warning about the potential impact satellite megaconstellations on astronomy. That warning came after the launch of 34 OneWeb satellites on a Soyuz rocket earlier this month.

Musk and SpaceX have been receptive to the complaints and said they would look into reducing the brightness of the satellites. Last month, the company launched one satellite that was painted with an experimental black coating to make it appear darker in orbit.

If this test goes well, future versions of the satellites could be coated in the same material, SpaceX has said.

Following today’s launch, SpaceX aims to recover both pieces of the rocket’s nose cone, also called a payload fairing. This disposable shroud is designed to protect the payload during launch and is jettisoned after the rocket reaches space.

With each piece fetching roughly $3 million, SpaceX hopes to save some money by reusing them on future flights. To that end, the company has equipped its fairings with an onboard navigation system that allows it to glide gently back to Earth.

SpaceX has also outfitted two boats — GO Ms. Tree and GO Ms. Chief — with giant nets, like a mobile catcher’s mitt to snag the fairings as they fall back to Earth. Historically, the fairings would be discarded in the ocean, but with each piece fetching roughly $3 million, SpaceX hopes to save some money by reusing them on future flights.

To date, GO Ms. Tree (the vessel formerly known as Mr. Steven) has made three successful catches. GO Ms. Chief has yet to snag a fairing, but perhaps today is the day. 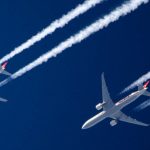 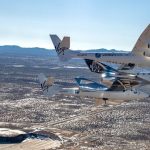